"What escaped corruption is extremely precious."

drawing series in exhibition at: 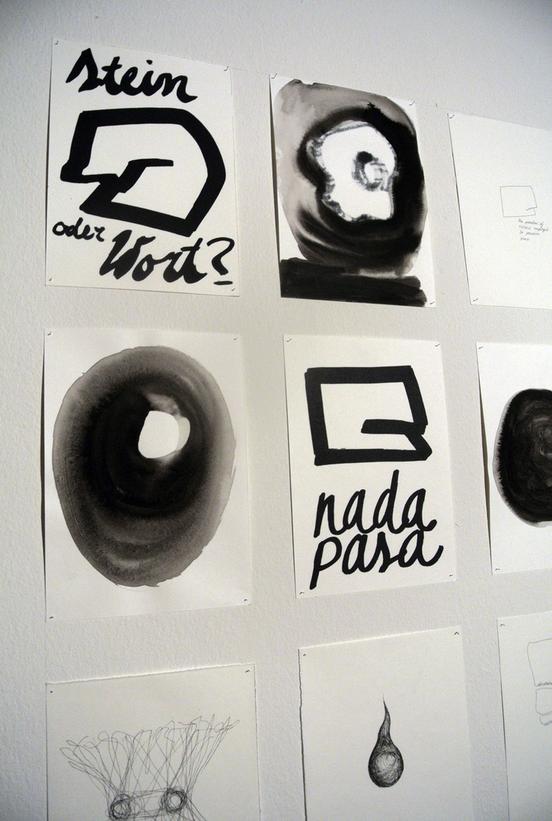 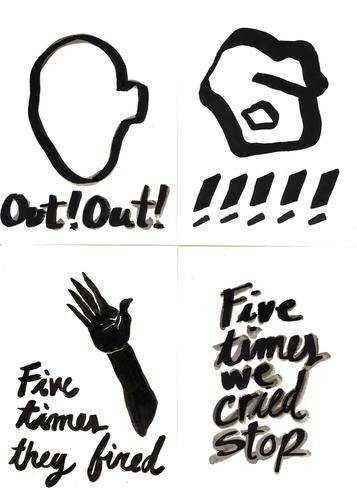 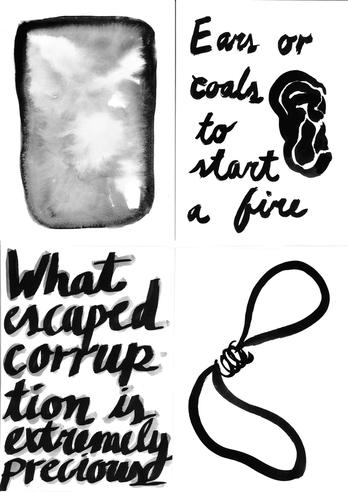 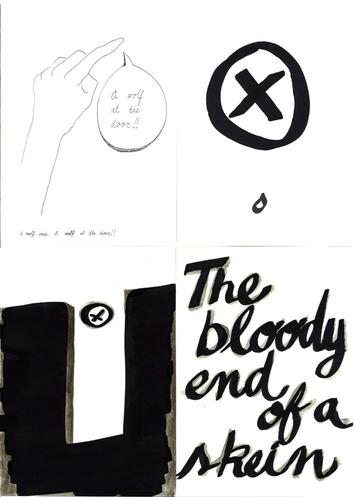 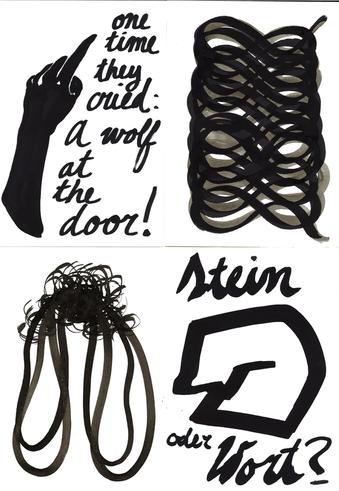 What escaped corruption is extremely precious. is a series of drawings in response to the pro-human rights and against-violence movements that have been increasingly active due to the recent abductions of a group of students and the discoveries of an important number of mass graves in a small town of central Mexico.[1] The images of protest and activism produced in the past few months in Mexico reflect the cultural, political, social, and even emotional aspects of the protest: an angry community that wants to address the “empty” spaces of the disappeared youngsters (#nosfaltan43)[2], the violence that is affecting the general population, and the corruption of a political system that allows criminal groups to have control over them.
Protest images and texts are a mode of communication, and intrinsically carry a sense of hope that somehow Art will have an impact in popular consciousness. The drawings reflect the specific preoccupation aforementioned, yes, but they respond to more immediate emotional and empathetic questions. They have references to pre-Columbian Mexican aesthetics, texts from newspapers and comics, as well as to personal and domestic stories collected by the artist in Mexico and Switzerland.
​
The drawings have already the potential for diversification. They will become lino-prints (Barcelona, in collaboration with Sandra Leal) that will be spread around several cities of Mexico in April 2014. They will also be part of a facebook page (work in progress) and are free to download and use in www.palomaayala.com, as their ultimate objective is to have resonance in all sort of minds, not only that of artists or art concerned people.
What escaped corruption is extremely precious. is part of a larger project done by Paloma Ayala titled Shame and Generational Disorder, an ongoing work that focuses on the topic of shame, which is understood as a negative method of control both in the personal and communal spheres of the northeastern societies of Mexico. The project explores the relationship between family and/or personal stories that reveal ethical crises, and the recent violent events happening in the Mexican Northeast.
[1] For more information see The New Yorker article: “Crisis in Mexico: The Disappearance of the Forty-Three” http://www.newyorker.com/news/news-desk/crisis-mexico-disappearance-forty-three
[2] we have 43 missing