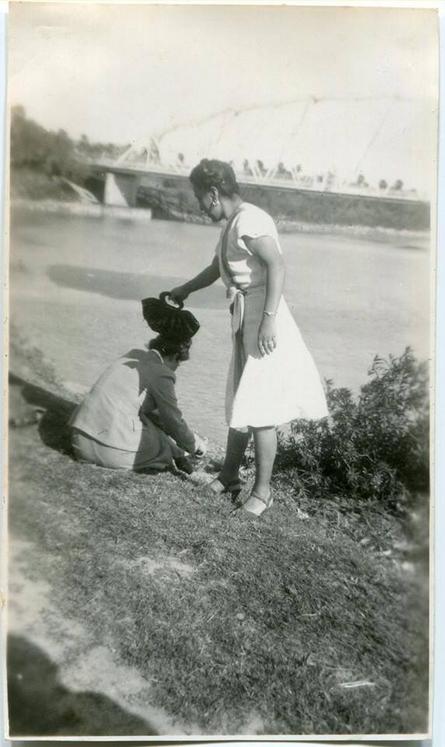 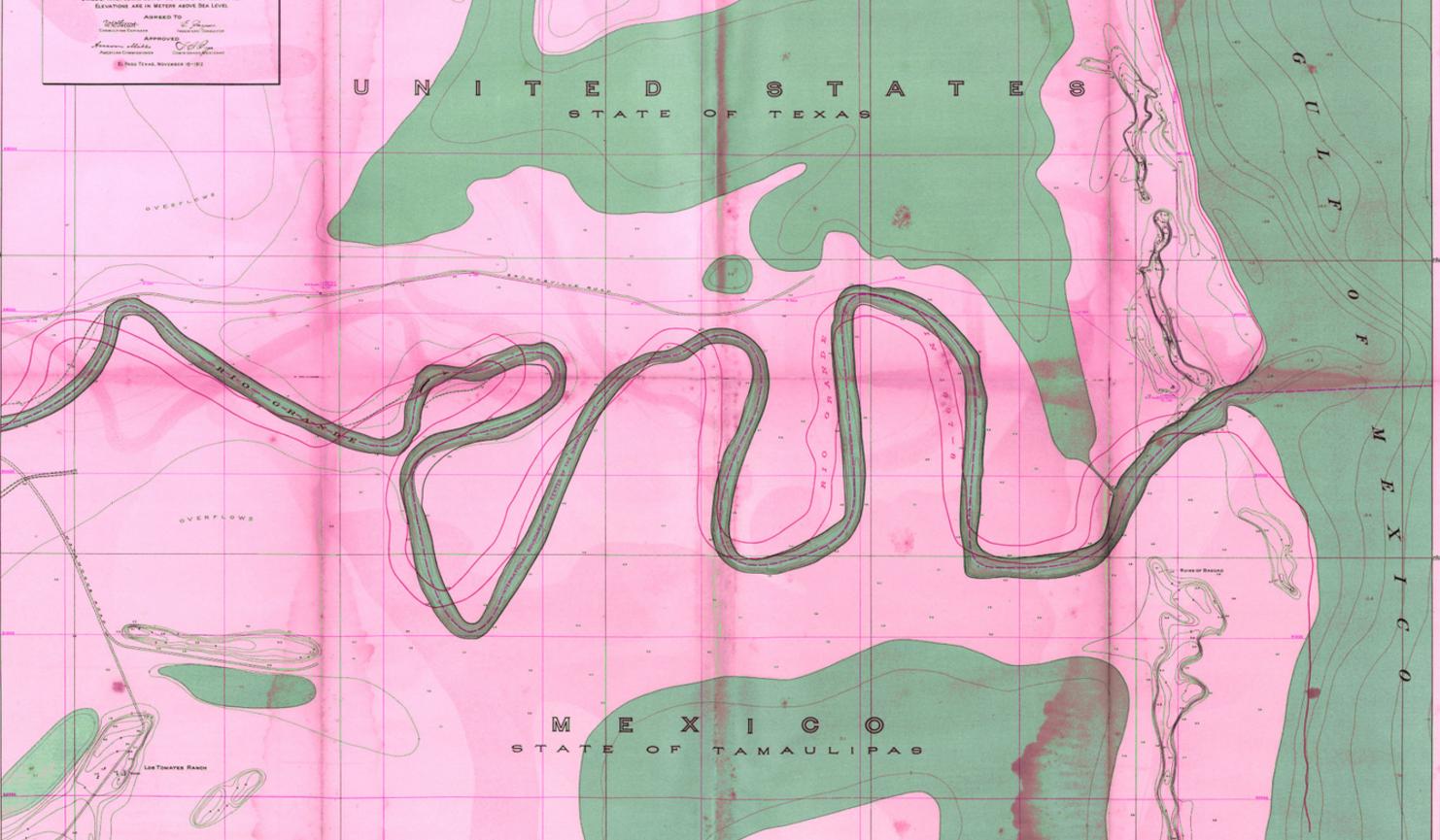 Guided by the writings of Gloria Anzaldúa, self-described as “chicana dyke-feminist, tejana patlache poet, writer, and cultural theorist”(1), this exhibition travels along the Río Bravo/Río Grande river telling both fictional and real stories of women that live or were born there.

Starting with Anzaldúa´s description of the river as a body, the works reflect on the landscape of the delta of the Río Bravo/Río Grande river, understood as a collective ecology of agents, processes, histories and fictions connected to it, with a special focus on female voices, natural events and the relationship of the artist with her own family, whose members act as objects of research, producers, and facilitators of movement in the region.

The border as a river began to take shape in 1848, with the Mexican-American War, defining what is now the limits of political territories in 1918. But this was not a definitive decision for the river itself and the natural swing of the delta. Delta landscapes constantly fluctuate. They occupy the interface between land and sea, and “are dynamic spaces that have come to be understood as one of the most biologically rich environments on the planet. They are also a place where qualitatively different ecosystems manifest upon a single geographical terrain.” (2) The delta of the Rio Bravo/Rio Grande itself occupies one of the biggest and most important ecological areas in terms of bio-diversity content, in North America, protected by the UNESCO.

Not many know this fact, though. It is obscured by the heavy-weight narrative of politics, violence, trafficking and human migration, that creates also our sense of identity. La gente de frontera, border people, have the saying “Nosotros no cruzamos la frontera, fue la frontera que nos cruzó” (We did not cross the border, the border crossed us), acknowledging a condition... an identity, that was once created by force, and that people are still forced to deal with every day.

The border is perceived as a slit, an “open wound”, as Gloria writes, and is yet sensitive matter for us who live or grew up there. If we put it in terms of ONION ISLAND, this painful layer is covering other layers of the onion, not letting us see, for example, the story of the colonization of the water flow through levees, dams and canal systems, that stops the fluctuation of the basin after floodings, affecting the sub-tropical environment of amphibians and plants, and the animals that feed on them. There is also the story of progressive salinification and desertification of crop lands due to the use of brackish waters (part fresh, part salty water) from the river estuaries and lagoons. There is the story of landscape appreciation through food, bird watching and long afternoon conversations at a farm. The story of women being autonomous by being artists or cutting fish. The story of loss of access to touch, or even see, the river. The story of queer life moving across the border, music and night life, brought by the podcast Jotxs & Recuerdos (3), by Alexandra Salazar Vasquez.

For the artist, ONION ISLAND is a fertile fictional alternative to narrate the space of the delta and to explore a solidaire relationship with rurality, water bodies, and biota. In the fanzine that this exhibition takes the name from, it states “That ONION ISLAND in the middle of the river is a vague and undetermined place created by the emotional residue of an unnatural boundary. It is in a constant state of transition.” The fanzine created by Paloma, fictionalizes Gloria as a guide and as a lover, it mixes up her writings with the artist’s to create an imaginary letter exchange. In the same way, this exhibition wishes to navigate that “emotional residue of an unnatural boundary”, peeling the layers of onion, creating spaces for listening and for conversation, from the perspective of a Mexican mujer de frontera.

How could these, and other poetic, feminine, and cultural agencies lead to create platforms of knowledge creation in favor of the ecologies of the river delta? How could a practice of decolonization of the dominating narrative of violence of the border, create new accesses to the Río Bravo/Río Grande river, both physically and in the collective or personal imaginaries?

These are the questions that lead this research by Paloma Ayala,* which will continue to develop in the next few years.

(1) https://womensmuseum.wordpress.com/2018/02/14/embracing-the-border-gloria-anzalduas-borderlands-la-frontera/
(2) Brett Milligan, Delta Earthworks, Migrant Journal #1, 2016
(3) ‘Jotxs & Recuerdos’ is a podcast that archives LGBTQ+ stories from the border. Alexandra was inspired to create this podcast after seeing polaroids of her parents at gay clubs in the 90s, stories of the queer/trans folks she grew up with, and reading Gloria Anzaldúa’s book, Borderlands/ La Frontera. Jotxs y recuerdos serves as a digital archive of a queer past, present, and future. The podcast aims to keep the DIY spirit of punk zines alive.
https://jotxsyrecuerdos.home.blog/ 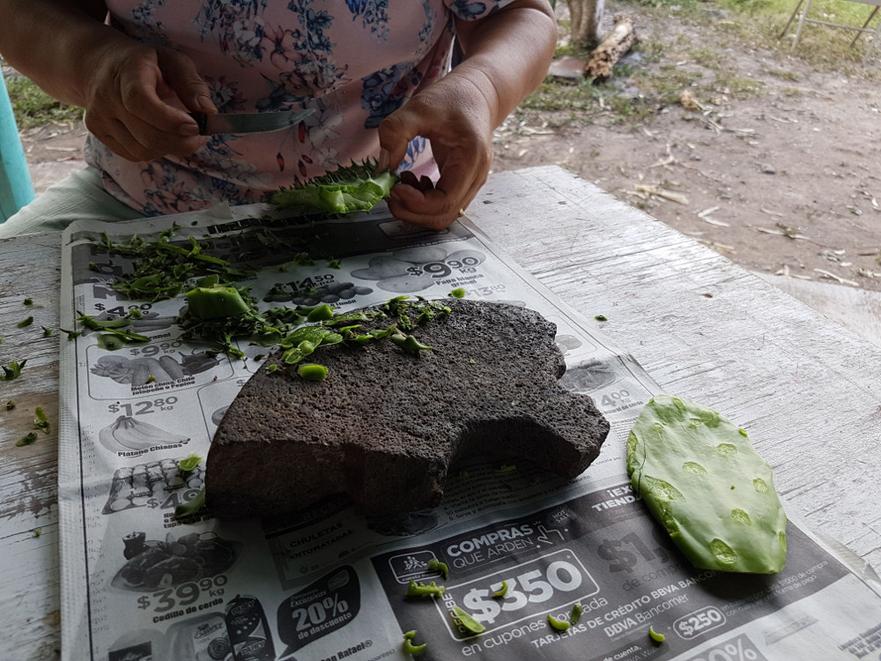 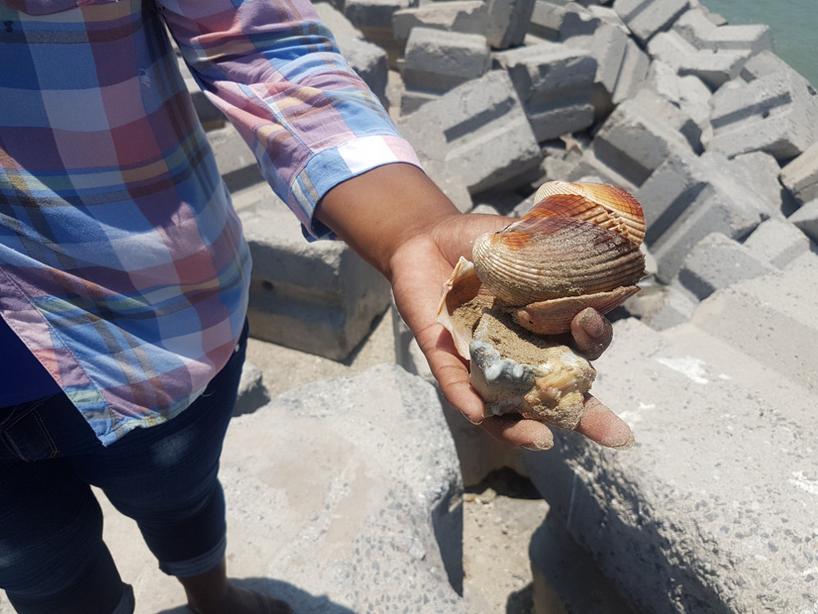 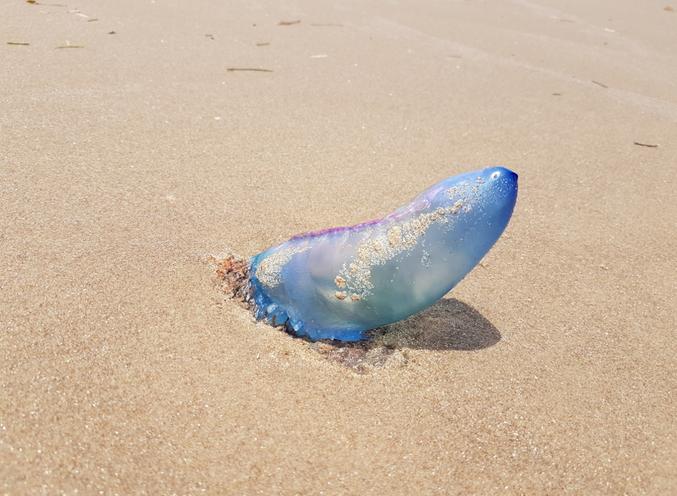 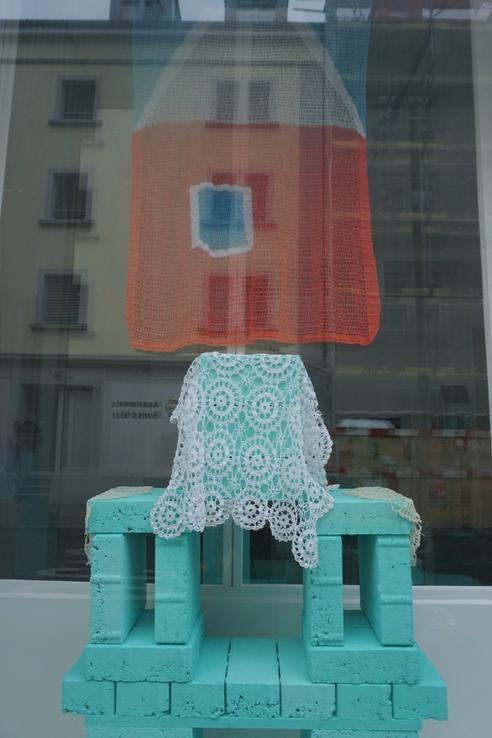 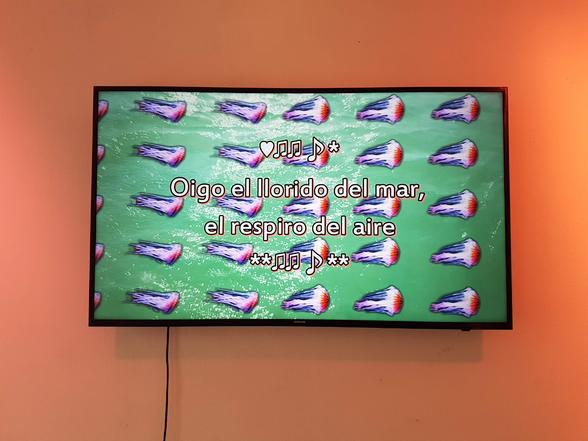 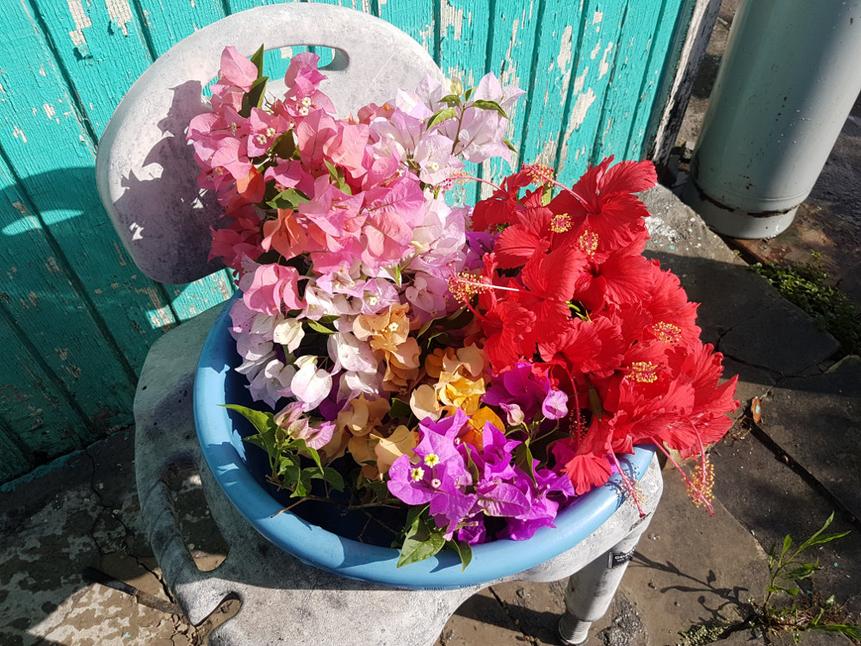 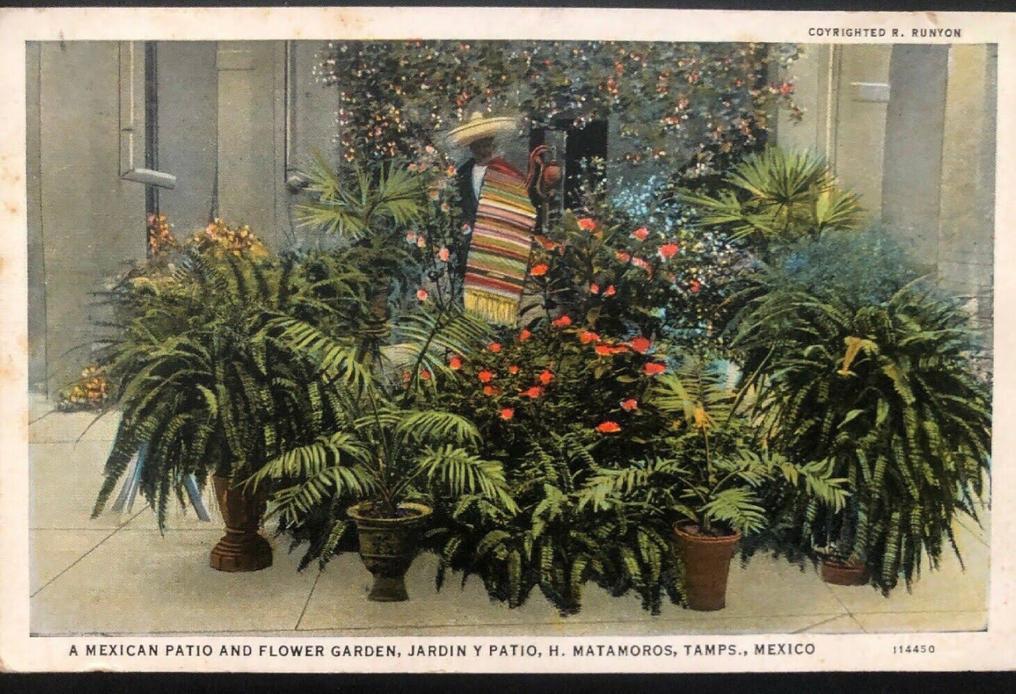 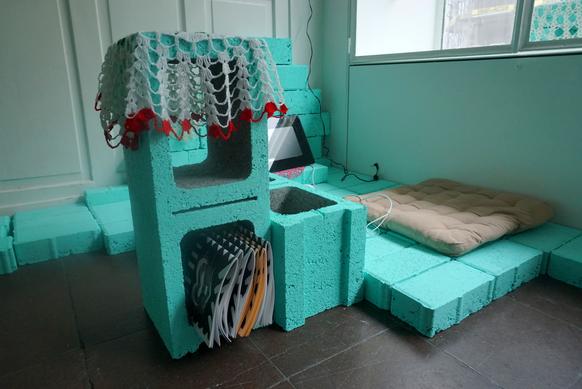 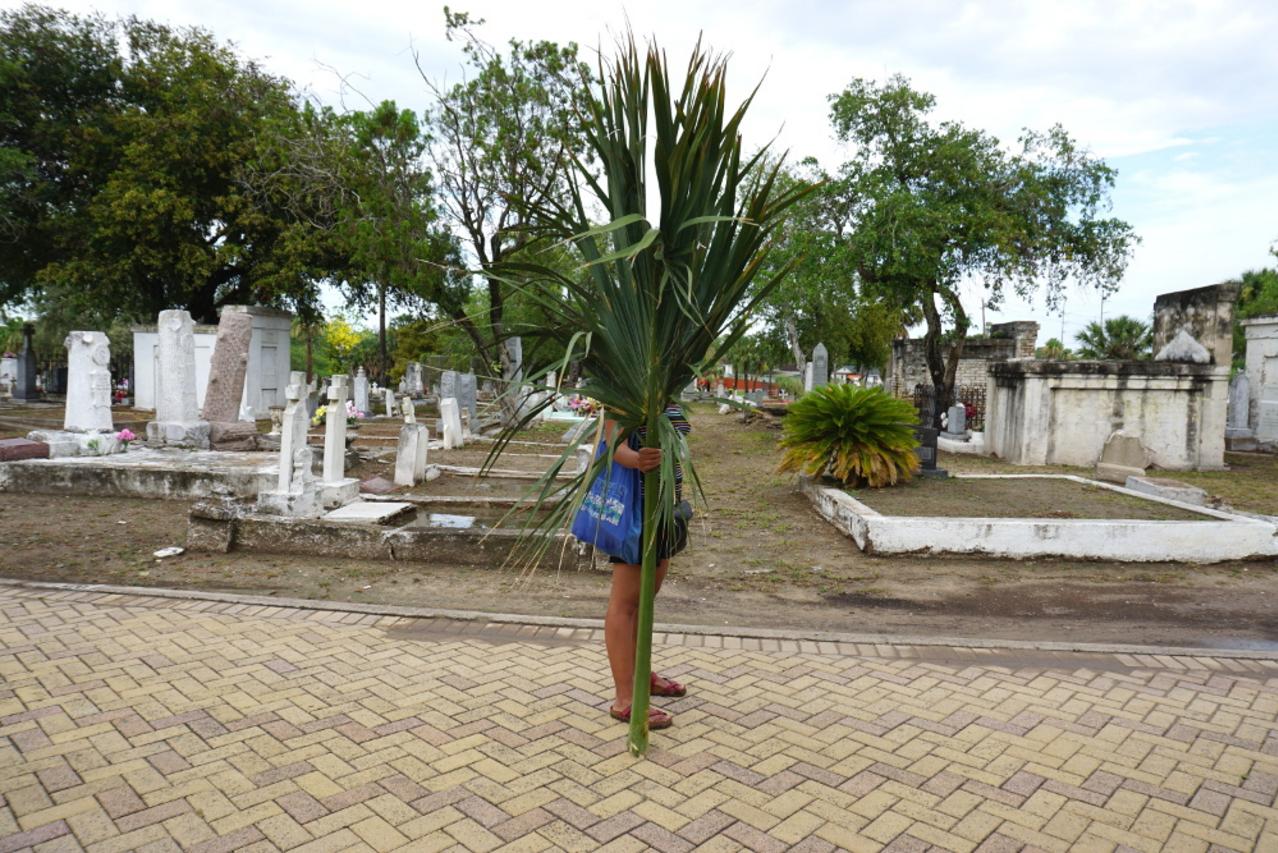 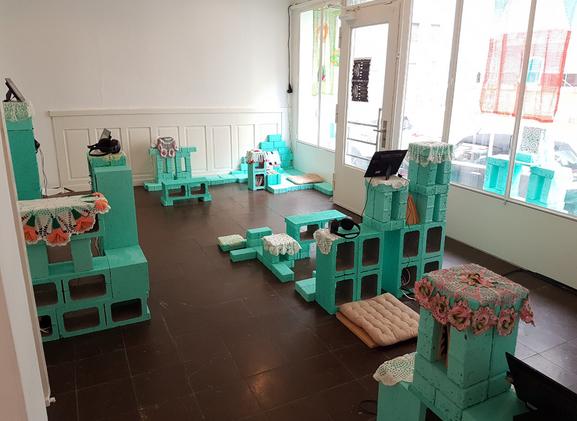 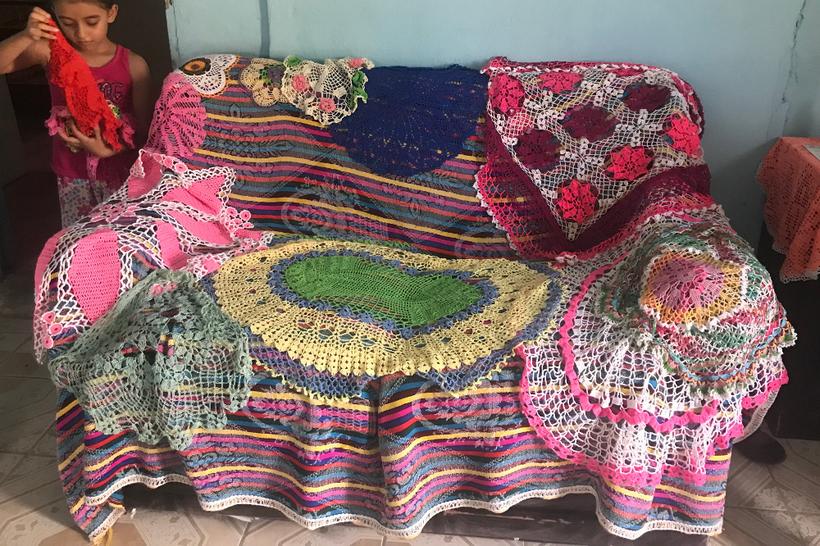 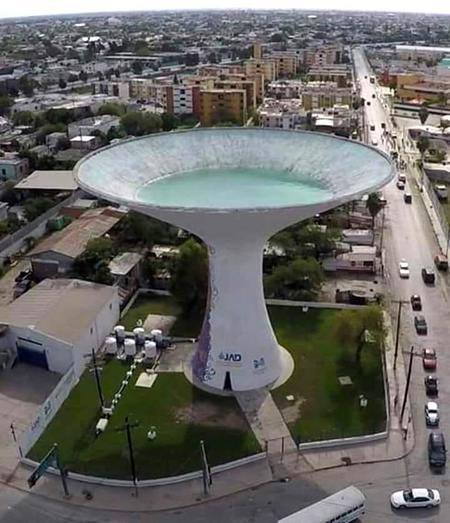 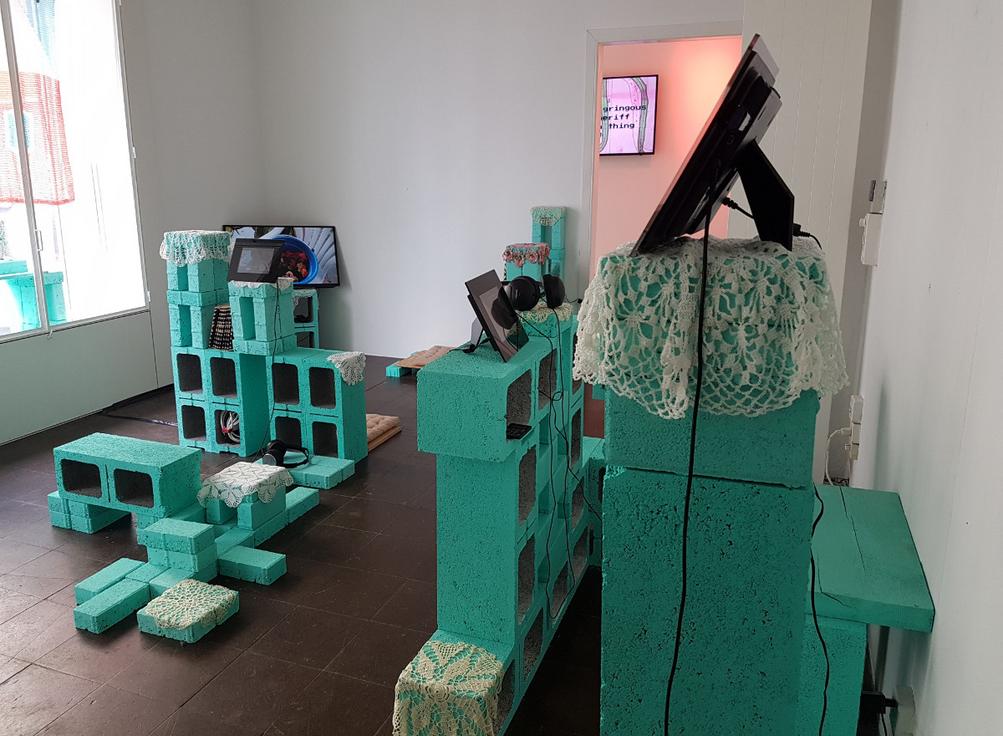 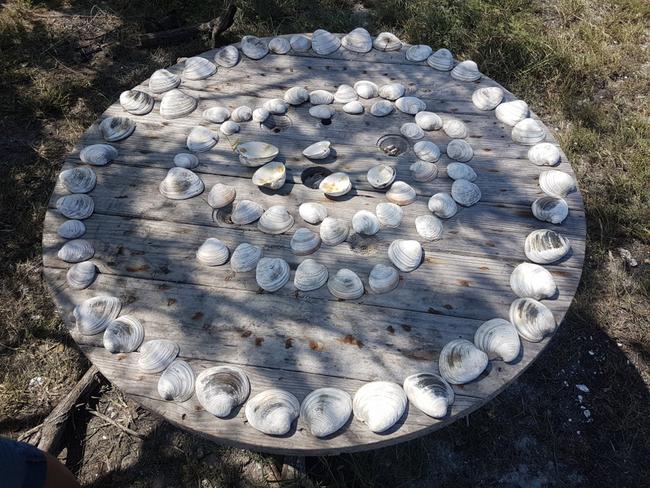 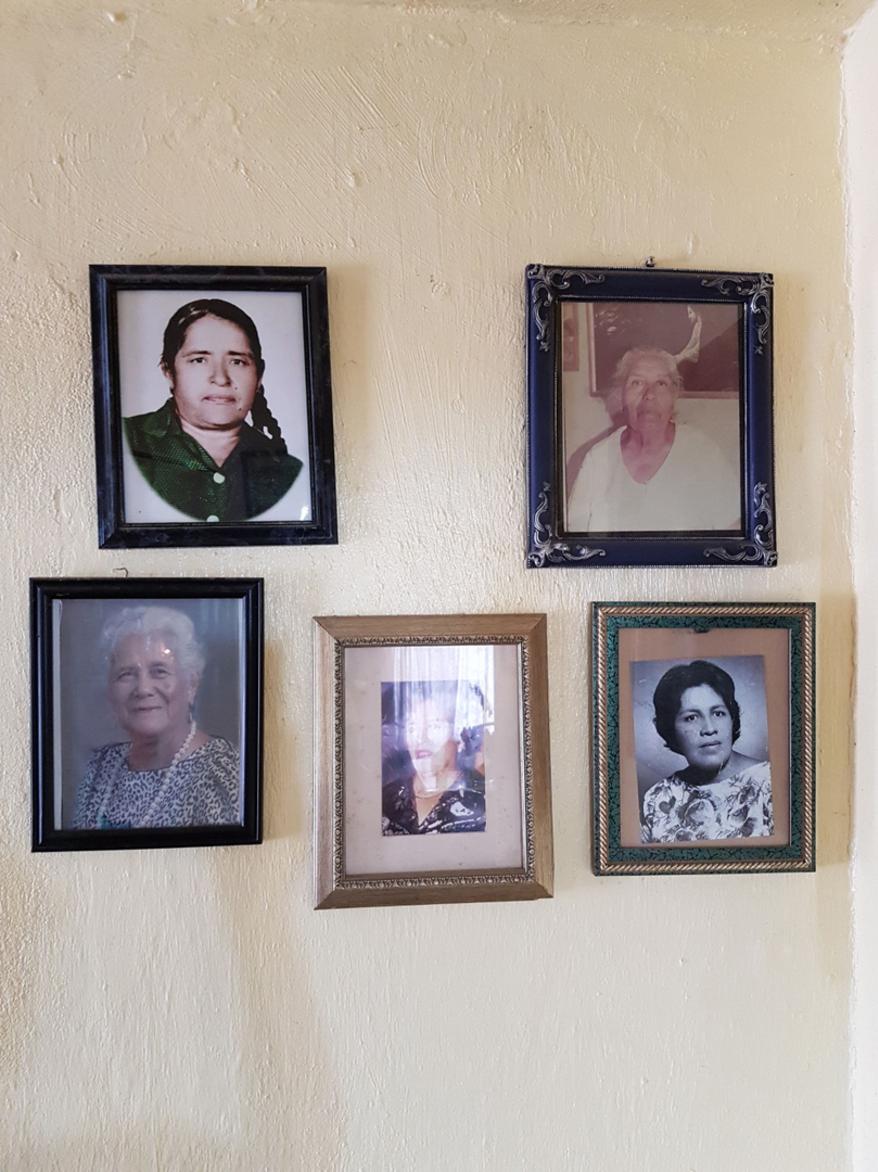 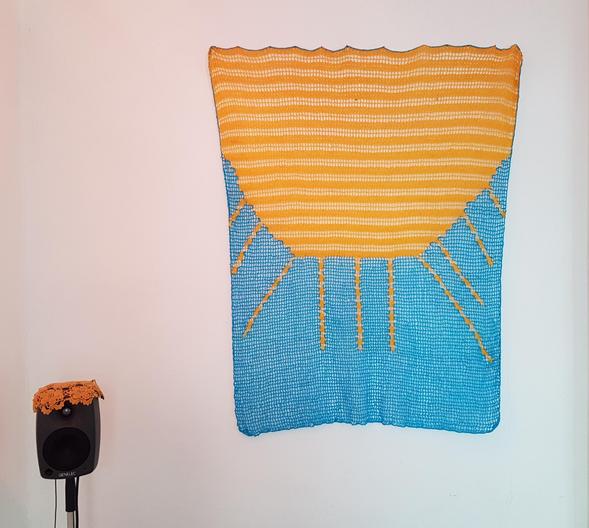 Solo exhibition showing an installation inspired on home constructions, domestic spaces and colors of the delta area of the Río Bravo/Río Grande.

The installation is made of cement blocks "decorated" and made inhabitable with cushions and crochet textiles made by family members of Paloma. On this pseudo-furniture, the visitors could sit, see and listen, the different videos showing conversations with local women and images of landscape, gardens, wild plants and animals.

The Karaoke Reading room engaged the public in a participatory dynamic, inviting people to sing the poetry of writer Gloria Anzaldúa. 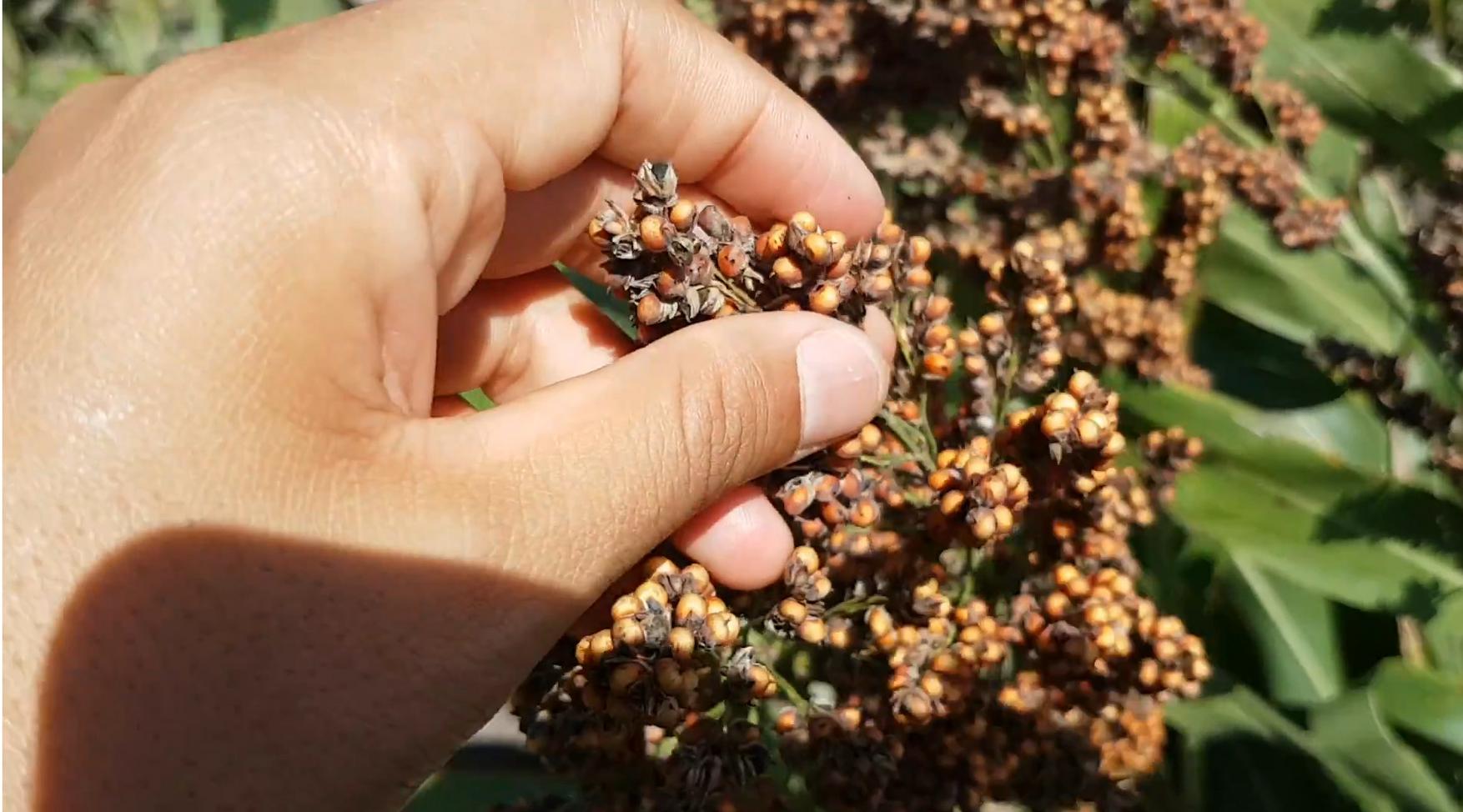 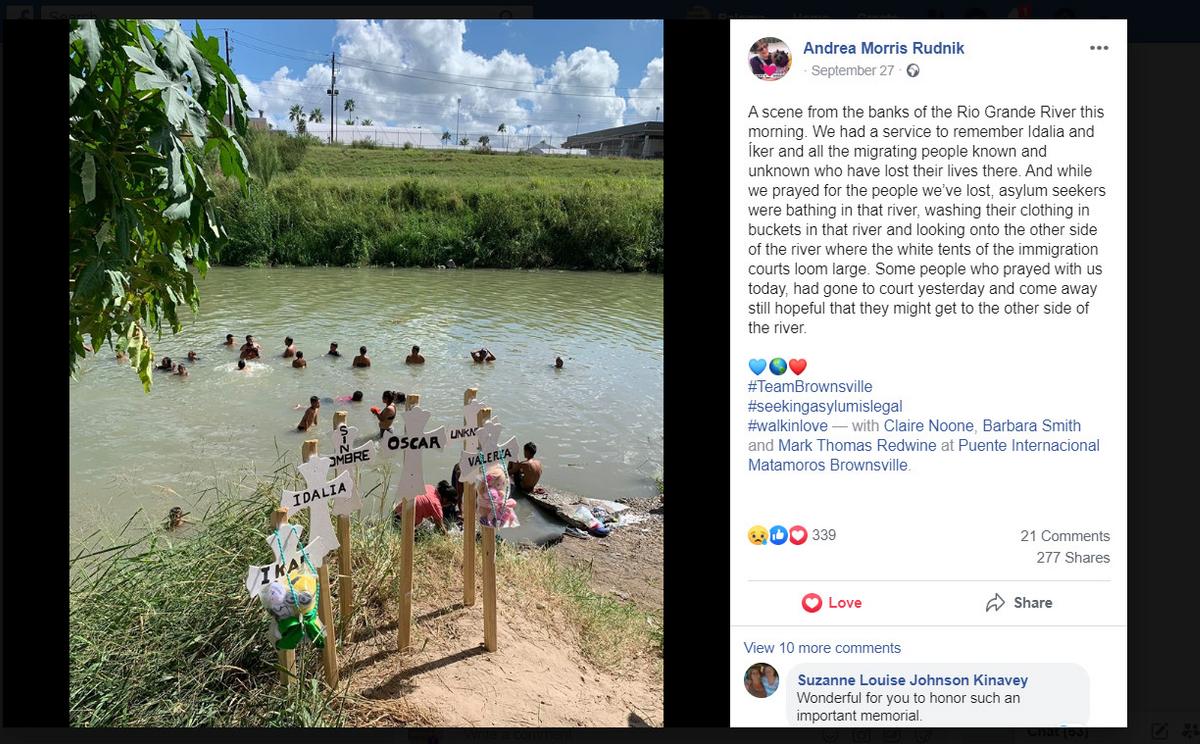 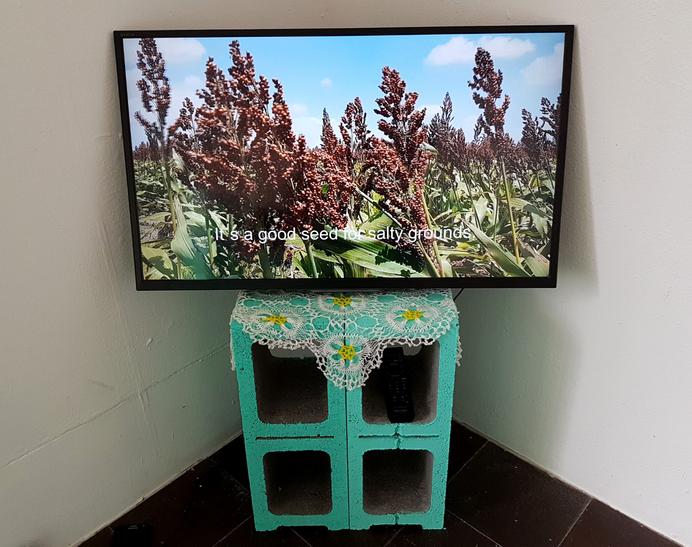