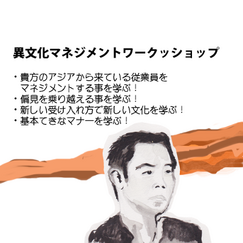 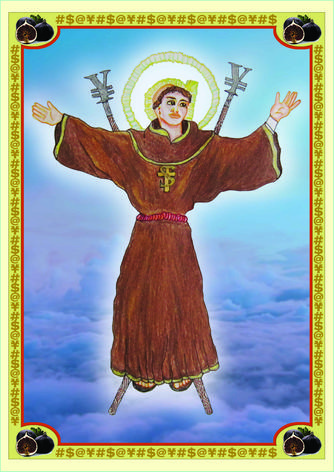 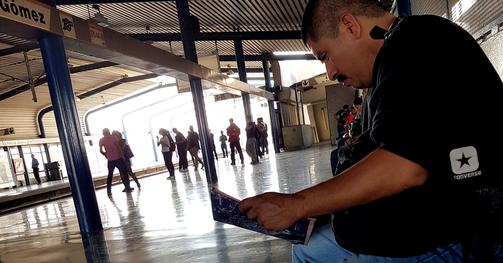 Diary of the New Districts

The third edition of the series is a publication containing fictional articles that focus in  politocal and socio-economical realities from the northeastern city of Monterrey, Mexico. People in Monterrey were commissioned to contextualize a previously written fictitious story titled "Los Empujadores de la Diana" (The Pushers of Diana Hill) by inventing a sub- or pre- set of situations for it. The fictional articles are meant as a critique and reflect on the way contemporary history is constructed in our collective mind, the development and publication of laws, corruption, and human mobility as a socio-economical global phenomena. It was written, edited, performed, photographed, designed and printed with the collaboration of different people living or with strong ties to the place.

The main story revolves around a fiction where taxi drivers and “pushers” of cars become part of an alternate solution to subvert the corrupt governmental decisions that affect the transit of cars through the districts of the city of Monterrey. The story expands through the creativity and opinions of the writers and illustrators, adding an artificial division of the city in districts by the government and its subsequent creation of localized identities, a way of controlling tax payers with drones, historical documents that prove the affect of Asian immigration, advertisement, and a new name for the city, now: Monterrey Metrópoli. 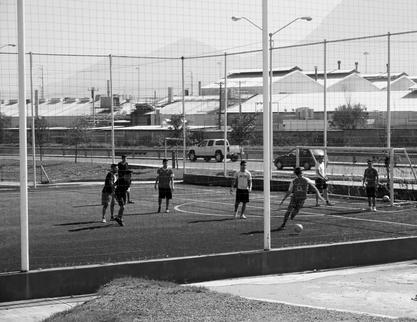 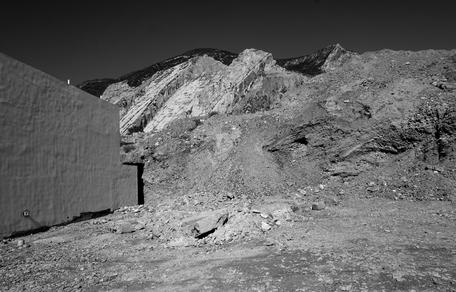 is extremely precious.
-Responding to social problematics, violence and corruption happening in the Mexican Northeast.-

Fictitious articles and fake photographs put together in a publication that imitates the aesthetics of a newspaper.

The articles develop a fictitious story about a place with a series of holes where children played, that then where discovered to be  the territory of mass graves. They include the news and some of the responses of the community where the mass graves where found, including the closing of some family shops because of fear and a real article about the Governor of the State of Nuevo León saying that "Nothing is happening" (Nada pasa) to try to quiet the alarm that a mass grave containing 56 holes found in García, Nuevo León, was creating (2010, see news). This happening during the break of an increase of criminal activity, which created terror among the inhabitants of several Mexican States.

An edition of 120 silkscreens made for the "Bienal de las Fronteras" exhibition in the Museo de Arte Contemporáneo de Tamaulipas of Matamoros, Mexico.

Also given out in the streets of Matamoros and Monterrey, Mexico, as flyers. 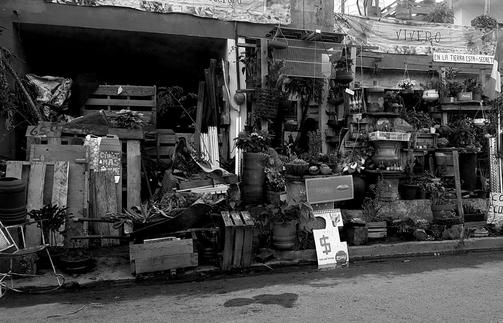 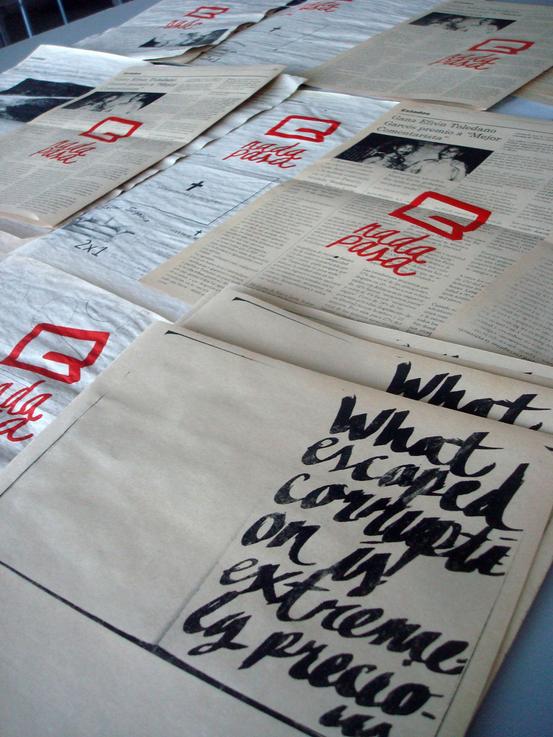 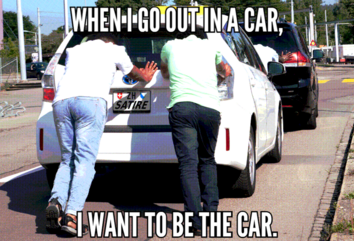 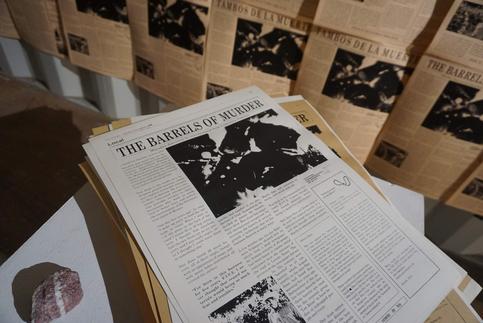 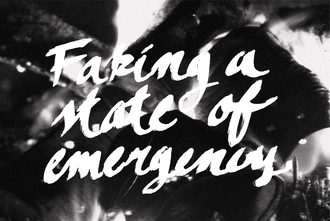 SATIRE TAXIS tells the story of “The Pushers”, those individuals who gain money by pushing cars across “Kreis” borders in a speculative world where Zurich City has redefined the district limits. It is a fictional take on issues of performance of power, legislation enforcement, gentrification, social unfairness in the Urban Development State agenda, and the vulnerability of certain sectors, such as immigrants or low-income households, in Zurich. It employs satire to make a critique, exaggerates and takes real events to fictional limits. It is full of factual references next to fictional ones, so it is difficult to follow what is true and what a lie.

The story was developed in a research that included opinions of taxi drivers, activists, artists, an environmental scientist, a biologist and a journalist living or highly connected to the life of this city (see credits). It was originally created in Monterrey, Mexico, with that other public on mind, so questions of translation, public outreach and coherence were very present in the making of.

What happens when you juxtapose foreign fictions on this reality?

An ad with a teaser of “The Pushers” story appeared in die Wochenzeitung WoZ newspaper on 31.8.2017, with the website reference: www.fictitiousnews.site​ 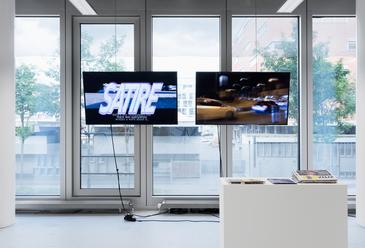 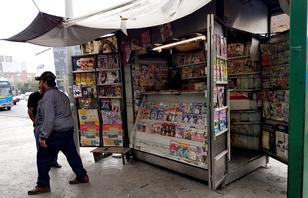 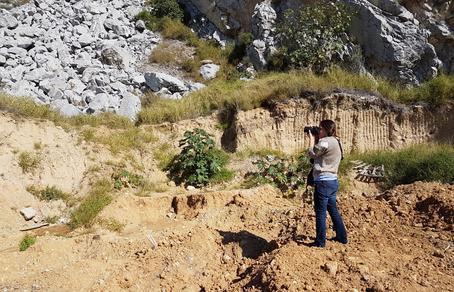 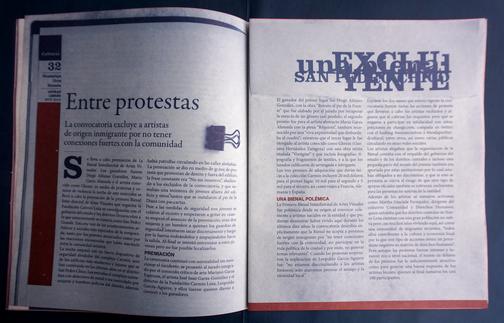 Fictional district division of the city of Monterrey, Mexico 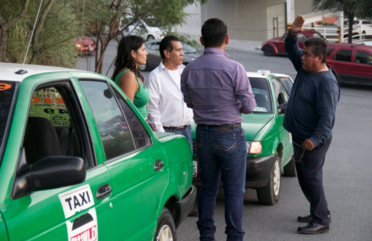 An edition of 700 copies was printed, from which 200 were distributed in different points of the "new districts" of Monterrey Metrópoli. The Metro train and Bus stops were largely used, leaving copies behind as reading material for users. They were also given out on street stops, as in the common practice of selling newspapers in traffic lights.

Another 200 copies were distributed in coffee shops, magazine booths, cultural centers such as Colegio Civil (central museum), Casa del Arbol (Off-space run by activists), UdeM and UANL faculty members (art universities), Graficante, in taxis, and among the authors and illustrators.

​Faking a State of Emergency
-Faking a frame of relevance and urgency for the violent situations of the Mexican Northeast.-

The project explores the relationship between family and/or personal stories that reveal ethical crises, and violent events happening in the Mexican Northeast. It also examine the social interactions through which moral and ethical values perform an inadequate effect on how the Mex/US border societies and individuals experience and respond to violence.

The article in specific is the fake story of a farmer who finds punctured metal barrels in a field, which then uses as containers for growing fruit and developing vertical agriculture techniques.  After some time he finds himself in the middle of a macabre police investigation when the barrels are discovered to be used as containers to burn corpses. This is a real practice that some criminal groups employ to get rid of bodies (see news from Nuevo León, here). The story  and pictures were brought to me by Jesús González, activist living in Monterrey, Nuevo León, who went in several field searches to different places near the city of Monterrey, organized by civil rights organizations, the Police, and people who are physically searching for human remains, since the number of disappeared people in the State has grown to 10,000, since 2010 (unofficial number given by CADHAC, non-profit organization that helps families with disappeared members, See article here). Just in the ranch "Las Abejas", in Salinas Victoria, around 31,000 human remains were found in 2011.​​​

An edition of 100 Silkscreens and an installation were developed for the NO EXIT curatorial program by Anna Fech, in the context of the Art Container (www.artcontainer.ch). It addresses the impact of the personal in the political, and questions the veracity of news coming from the media.​

In collaboration with Sandra Leal. Installation consisting of a painting on the wall, the prints of fake news and a photograph.

2015
More information about the exhibition and pictures HERE. 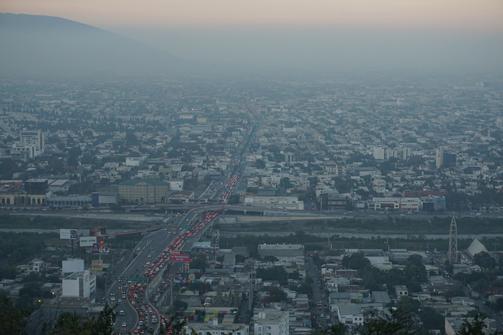 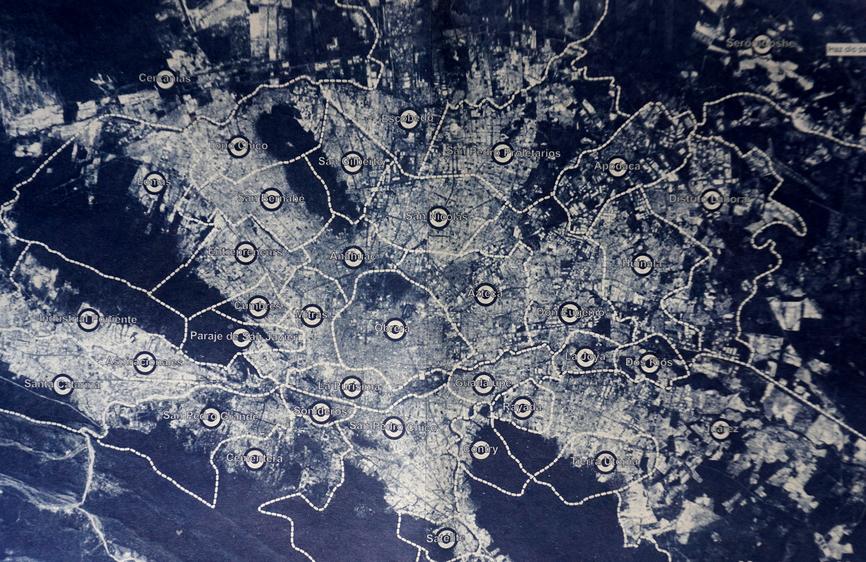 “It is true that, among the better journalists, there is a general professional condemnation of fakers. Truth is there are no facts, only points of view, only "takes" on reality, influenced by our personal histories, our cultures, our race and gender, our social class.”  Roy Peter Clark, Stories of Non-fiction

Fictitious News are a series of publications developed in Zürich and Mexico since 2015. Fictional articles, advertisement, staged photographs and illustrations are printed on papers that later are given out as flyers, posted on streets, and used as material for installations within gallery spaces. They have also been printed in real newspapers (WoZ, 2017) and became videos

The Fictitious News reflect on the topic of communication and how to reach and have an exchange with the general of public. How to communicate political ideas that refer to a specific context, in another? How can I translate personal histories and domestic backgrounds into political ideas and bring them back to the domestic? How can I address the context were I presently live, with narratives that belong to other places? How can I include and/or collaborate with artists and non-artist people equally?

And if the topic of communication is notable: why, then, use fiction or a fake that imitates journalistic truths, to describe reality? How is it relevant in a Mexican context where representations of violence are highly discussed? How could these fictions function in a context like Zurich City? How can Art interfere in reality? 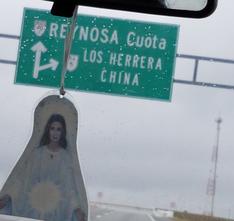 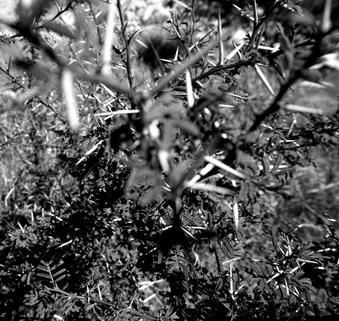 Collective Construction of a Fiction

​The publication was written in several stages, using a logic that assumes roles of criticism and journalism discussing with each other in the flow of news, or even public comments like the ones we frequently see in online journals. It was developed in collaboration with people belonging to different professional/life backgrounds, including activists, journalists, a engineers, a poet/telephone operator, a scientist, businesswomen and artists. There is an intention to create a fake broader context to the fake story by developing participatory methods to include the voice of untrained storytellers/journalists.​ Marcela Torres, the editor, and me discussed thoroughly about what sort of article was going to be commissioned to whom, in order not only to broaden the story, but also to obtain the writer´s unique experience of the city and the collective construction of a fiction.

On a further stage, once the articles were written, the illustrators and photographers were commissioned to add images to reference both the story and the city with it´s history, geography, weather, ecosystem, political system, people. ​​

The task of putting together the materials happened during the month of December 2016, when the meeting and discussing live with the authors/illustrators and the designer Futuro Moncada finally happened in Monterrey. Also, the final research that was needed to actually place the new districts into my mind and decisions (for the publication) took place. I started by traveling the territory, placing the fake settings of the story into concrete images, riding taxis and talking to the drivers about their job, talking to the Asian vendors in downtown, talking to newspaper street-sellers, watching the "pushing" body of men on cars,  and photographing.  ​​

The main story happens in a specific hill (La Diana) in Monterrey, so I arranged for several taxi drivers to perform as "pushers" in that hill, and documented. Also, a lot of the traveling around the city and outskirts was done in the company of artist Sandra Leal, so she was asked to use that experience to resolve one of the publication´s take on geographical-political issues. Sandra developed an edition of 100 lino-prints that were later put inside some of the final copies of the publication.​